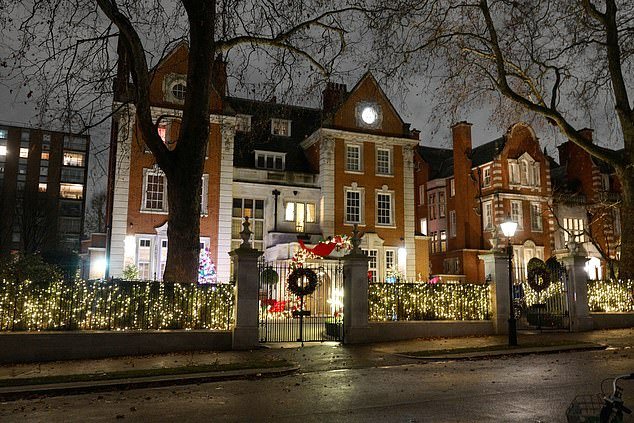 On the evening of Friday 13th December 2019, thieves stole over £50 million of jewelry and valuables from Tamara Ecclestone’s home in London. It is reported that the thieves spent almost an hour in the house undetected after simply climbing over the garden fence.

Once inside, they smashed open safes and looted everything they could find. Despite the house having a 24 hour on-site security team, the thieves went undetected for 50 minutes before being found by a security guard. It was at this point that the thieves fled through an open window.

The list of stolen goods include two diamond engagement rings, each worth £250,000, a Rolex Daytona watch valued at £50,000, a Hublot Sports watch worth £100,000, two Cartier love bracelets each worth £63,000 and many other precious items which as of yet have not been disclosed.

As the investigation has only just begun, details are scarce but we are already able to draw our own conclusions as to how this heist was even possible.

CCTV Cameras, but no PID system

The key element here is that the thieves were able to climb over the garden fence undetected. It is more than likely that the house had CCTV cameras covering the back garden, but the fact remains that the security guards on-site were unaware of the thieves presence until they walked around the house and found them.

If they had a perimeter intrusion detection system installed on the fence, such as VibraTek Plus sensor cable, their security management system would have received an alarm from the VibraSector analyser which would have detected the thieves climbing over the fence immediately. At which point a PTZ (Pan-Tilt-Zoom) CCTV camera would have been automatically re-positioned, and the on-site security guards could have gone outside to investigate or called the police from the safety of their control room.

Vibratek Plus is the only sensor cable which can be installed on a wooden fence, as well as chain-link, welded mesh, palisade, and many other fence types.

If your property is surrounded by a wall, our VibraFon seismic sensor can be invisibly installed to detect people climbing over or even breaking through with hammers or tools.

Detection Technologies have installed perimeter intrusion detection systems around the homes of high-net worth individuals in the past, and the result has been extremely positive because all of our analyzers are able to integrate with security management systems over a network, or through relay contacts to an alarm panel.

If you’d like to know more about how we can secure your home or business with one of our perimeter intrusion detection systems, please get in contact!